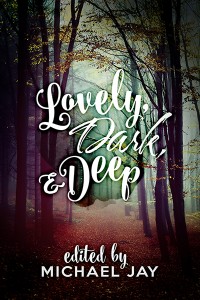 Irmgard, a strong peasant woman who turns to poaching deer to feed her sister’s family, was always told not to go into the woods or the elves would steal her away. When elven hunter Rissali catches her trespassing on elven territory after fleeing the baron’s justice, she fears the worst, even though she’s been struggling to survive in the forest alone. Despite their magic and their very different way of life, the elves prove much more “human” than Irmgard thought…but that doesn’t mean they trust her, even if sweet, inquisitive Rissali is becoming more and more fascinated by this outsider in their midst.